Aliexpress or Amazon: Who Is Winning the eCommerce Battle

Amazon and Aliexpress are among the world's leading online shopping retail companies. They are both market leaders and innovators that have a massive influence over the global eCommerce landscape.

And while we often hear Amazon and Aliexpress mentioned in the same breath, how much do you actually know about each of these companies? If you’re going to be using either of these platforms to source and sell products of your own, it helps to know who you’re working with.

That’s why I decided to delve into these online retail giants and see how they stack up against each other.

The major shareholder of Amazon is Jeff Bezos, who owns 17% of the company's shares. Today, Amazon is worth $99 billion and is the world's 4th highest ranking company in terms of market value ranking.

Aliexpress is a retail branch under the Alibaba umbrella. Alibaba was founded in 1999 by Jack Ma as a global wholesale marketplace. Its first IPO was held in 2014, with a debut price of $93. The IPO gave Alibaba a market value of $232 billion, making it the biggest IPO in the world at the time. The major shareholders of Alibaba include Softbank and Yahoo, which own 32% and 16% respectively. Jack Ma owns 7.8% of Alibaba. Today, Alibaba is worth $49.3 billion and is the world's 12th highest ranking company in terms of market value ranking.

Both companies have a wide range of products and services, venturing into other spaces such as physical products like Amazon Kindle and digital payment services like Alipay. However, when it comes to market cap, Amazon is the clear world leader. They have a $427 billion market cap, compared to Aliexpress' $265 billion.

Amazon also has more operating countries than Aliexpress. It has operations offices in North America, South America, Asia, and Europe, and is a major player in the eCommerce sector of several countries.

Aliexpress and Alibaba have a smaller global presence. They are mainly based in Asia and Europe, with additional offices in the US and Australia. However, they sell and ship to more than 200 countries worldwide.

When it comes to controlling major markets, both companies have staked a major claim on their home turfs. However, this time, Aliexpress is the clear leader. Amazon has 310 million customer accounts, with an 80% US market penetration. In the US, Amazon was responsible for 53% of all online sales in 2016. It also accounted for over 3% of the total retail income in the US. On the other hand, the Alibaba Group have 443 million active accounts with a 50% China market penetration. Aliexpress and Alibaba accounted for over 11% of the total retail income in China. This means that for every $1 Chinese made, 11 cents was because of Aliexpress. Considering the large Chinese population and the potential for investments there, lots of businesses can succeed there if they invest properly. In fact, with the help of Professional Employer Organization, everyone can kick start their business there. In terms of growth rate, Aliexpress is far ahead of Amazon. The metric used to determine this is Gross Merchandise Volume growth. Amazon experienced growth from $61 to $136 billion over a four-year period from 2012 to 2016. Aliexpress, on the other hand, experienced growth from $171 to $547 billion over the same time period. However, Amazon's profit volumes increased much more than Alibaba's.

In terms of innovation, Amazon is clearly the most innovative retail company in the world. They have branched out from their comfort zone and consistently conquered new markets, from being an online bookstore to being a retail giant and now currently taking on the world's tech companies. Their innovations in the eCommerce space are to be marveled at. For instance, their Amazon Prime expedited shipping feature makes the company 4-6 times more money off a single purchase and has around 65 million active subscribers.

However, Aliexpress has not been left behind. They came up with Singles Day, an annual shopping holiday in China which they created. It has come to be the biggest shopping event in the world. Furthermore, Alipay, a payment platform innovation by Alibaba, is the world's largest online payment platform at 400 million subscribers.

These two companies are massive giants in the e-commerce space. That is a fact that cannot be debated. Their healthy competition has been the driving force for innovative solutions to problems facing the consumer and even improved convenience and shopping freedom. This race is only set to continue. There is still so much room for growth for both companies. Amazon still has a $632 billion US eCommerce market to conquer. Aliexpress still needs to increase its 53% market penetration in China, which has a $1.7 trillion valuation.

As Aliexpress and other Alibaba companies prepare to compete with Amazon even more in coming years, the stage is set more exciting developments. In the end, Amazon's innovation and Aliexpress' huge growth potential are their biggest assets. By taking advantage of them, we are only going to see more growth and more profits from these two companies in the coming years. Rilind Elezaj is an experienced Digital Marketing Specialist with a demonstrated history of working in the marketing and advertising industry. Rilind possesses a strong entrepreneurial mindset and has devoted his career to enhancing the sphere of digital marketing. In his methodological approach, Rilind integrates web development and other digital marketing solutions to create hybrid strategies that bring the best results.
Facebook profile: https://web.facebook.com/rilind.elezaj
LinkedIn profile: https://www.linkedin.com/in/rilind-elezaj

AliExpress Dropshipping: How to Dropship from China with No Money 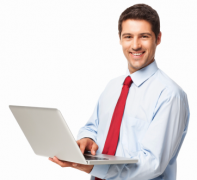