Why Your Online Selling Ideas Should Cater to Generation X

There has been a lot of talk about how Millennials rule the digital world. Business store owners and dropshippers are super-busy outlining their strategies to capture this largest, most dynamic, and probably most influential of online audiences. While it could be wise to follow the conventional idea that Millennials should be your no. 1 focus in developing online selling business ideas, it could also be futile, or even downright foolish, to assume Millennials should be your only audience.

Today, we will talk about the MTV and Star Trek generation, a group of strangers at home with the digital world, and yet who remember a time before it. A group of people we call Generation X, or Gen Xers. And we'll learn how they can make (or break) your e-commerce business.

Who Exactly are Gen Xers?

There is no clear-cut method used to define different sections of the population. Many suggest that Gen Xers are those born after the Post-WWII baby boom, or the ones born between the early 1960s and early 1980s, although no universal agreement has been set on this definition.

While the Millennials, or those born from the 80s to late 90s, are considered digital natives, some Gen Xers are dubbed as digital ‘immigrants,' having been born in an era when the digital revolution was still in its infancy. Of the estimated 65.5 million Gen Xers in the U.S., approximately 58.2 million of them are Internet users.

With ages ranging from 34 to 54 years, many Gen Xers feel that they are being sandwiched between two really exciting generations: the tech-savvy Millennials and the (by and large) financially successful Baby Boomers. Some are even compelled to think that these people are those suffering from a dreadfully universal midlife crisis, or are otherwise pre-occupied with their children's education or mounting mortgage payments. As such, it's generally thought that marketing directly to Gen Xers isn't the most profitable strategy.

Of course, just the opposite might actually be true. Check out the facts below.

Gen Xers are the Biggest Spenders 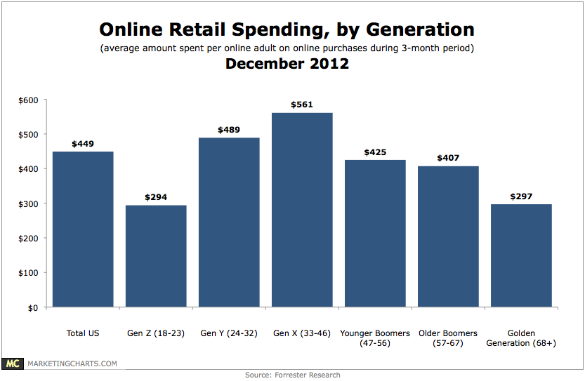 While it's true that Millennials are the most engaged population online, GenXers account for the biggest online retail spending, based on a 2012 study done by Forrest Research. According to the results, an average Gen Xer spent $561 in online purchases during a three-month period.

The second-largest spenders were the Millennials. They spent an average of $489. Gen Xers and Millennials were followed by both the younger and older Baby boomers, who spent $425 and $407 in a three-month period, respectively. The study concluded that while Millennials were more likely to search for products online, it's the Gen Xers who actually spent the money for it.

Books are on top of the most common online purchases of Generation X, with 38 percent of Gen X Internet users buying them. Trailing behind books are clothing and accessories (33 percent), event tickets (26 percent), and DVDs and videos (20 percent).

Gen Xers Produce the Most Data

I know you're a little bit surprised to learn these middle-aged individuals have managed to get online much longer than their more youthful counterparts. This is how conventional knowledge limits our point of view. To be a successful e-commerce owner and dropshipper, you must first destroy all the preconceptions you have about different types of people, and then turn these audiences into targets.

From the infographic above, we learn that Gen Xers spend 33 hours and 4 minutes per month surfing the Internet. That's about 8 hours longer than the time spent by Gen Yers (Millennials). This would be equivalent to 825 MB of data every month, which is 175 MB more than that of Generation Y Internet users.

Among the three populations (including Baby Boomers), Generation X ranks first in total amount of data produced on PC, mobile, and TV, with 59.5 gigabytes' worth of total data every month, followed closely by Gen Yers with 54.6 gigabytes/month, and Boomers with 48.8 gigabytes/month.

Gen Xers' largest data footprint in TV, mobile, and PC combined tells a lot about how potentially profitable it could be to target audiences in this age group. You can be sure that gearing your online selling strategies towards this group of people — who are avid Internet fans and certified online spenders — is definitely worthwhile and rewarding. 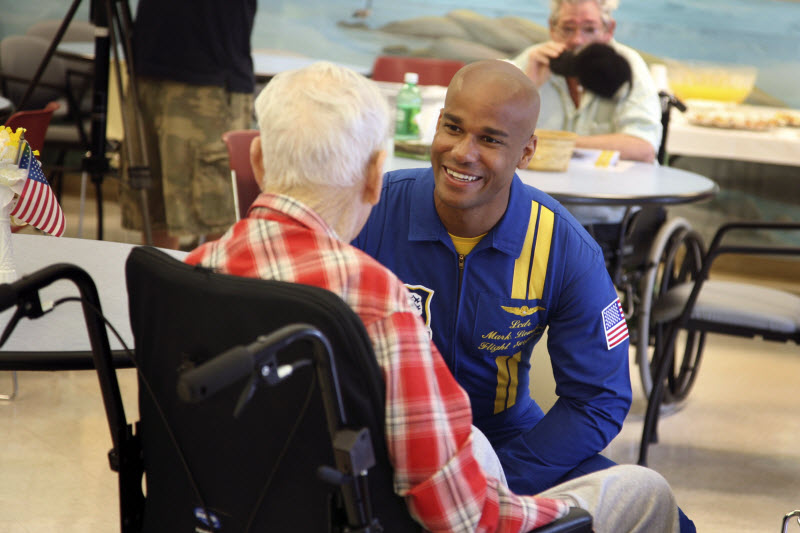 A person who is Internet-dependent and has a big monthly pay check is a dropshipper's dream target. Luckily, there is one group, Generation X, which possesses both the Internet-savviness of Millennials and the purchasing power of a Baby Boomer. They're in that sweet spot a dropshipper is looking for in a target audience.

Gen Xers are considered the biggest wealth accumulators among the three population groups mainly because of two practical reasons: One, most Gen Xers have already been able to climb up the career ladder, and are mostly holding high-paying managerial, technical, or professional positions in greater volumes than their Millennial counterparts.

One study even suggested that most Gen Xers in the U.S. who are also family heads are well educated. That means they have greater potential of earning more throughout their lifetime as compared to those without higher education credentials.

Second, baby boomers are starting to enter into retirement age, and retirement means wealth disbursement. Gen Xers are also in line to inherit their Baby Boomer parents' assets. This trend will immensely empower the Generation X of today and transform them into an indomitable consumer force that is more than worth your marketing efforts.

Forrest Research has a few other interesting facts about the online populations:

With all the facts and figures we've read so far, nothing suggests that neglecting Gen Xers in your e-commerce strategy would be great for your business. Their prolific spending capacity, combined with their Internet literacy, means that targeting this generation is the same as targeting a market that's always connected, and always ready to buy.

Thanks for reading. If you have any online selling ideas that could effectively target the Gen Xers, or any other demographics, don't hesitate to share them in the comments section. 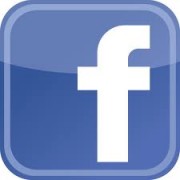 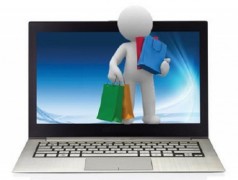 Awesome article, especially for the entrepreneur looking to establish for themselves a niche with a brand new product. Thanks so much. Looking forward to reading more articles and learning and growing.
Reply

Amazing article, Zack. I stumbled across this article via Google keyword search "top profitable niches for Generation Xers." I am so glad that I did. I hosted a training today talking about the importance of Generation X in online marketing, more specific e-commerce and social media. Thank you for your insightful article.
Reply